Financing the energy transition: Incentives to bring all regions on board In a speech delivered in the European Parliament a few hours before her election, new Commission President Ursula von der Leyen said she intends to make climate and the environment top priorities in all EU policy areas. She pledged to strengthen the EU’s short-term goal on greenhouse-gas emissions from a 40% reduction by 2030 to at least a 50% cut, relative to 1990 levels. Von der Leyen is also set to announce a ‘Green Deal for Europe’ in her first 100 days in office, which would include a law to make Europe carbon neutral by 2050. “I want Europe to become the first climate-neutral continent in the world,” she said.

But von der Leyen’s ambitious climate proposals were met with caution from some corners. The energy sector, key to the European economy, wants a ‘just transition’, implying significant investment to help Europe’s regions more reliant on non-renewable sources to share her vision and be an active part of the solution.

To meet the objectives of the Energy Union and support the transition to a clean energy system, funding will be needed to finance structural changes to ensure security of supply, due to lack of capacity and funding restraints.

Von der Leyen has pledged to unlock €1 trillion over the next decade for climate investment, and to turn parts of the European Investment Bank into a dedicated climate bank, which would channel private investment to climate and clean-energy projects “in every corner of the EU”. In addition the European Commission’s proposed Multiannual Financial Framework for 2021-2027, would raise funding for climate change efforts to 25 percent of the total budget, from 20 percent over 2014-2020. At the same time, the EU institutions are negotiating the Sustainable Finance framework for future investments in the power sector. Industry is pressing for funding for the regions, companies and workers affected. Whilst industry supports a just energy transition, it does not wish to carry the financial burden on its own.

EURACTIV invites you to this Forum to discuss:

- How to ensure that finances are directed to the most impacted regions?
- What is best practice for using funds smartly?
- How to make sure that no EU region is left behind in the energy transition?
- What role for low-emission technologies in the transition? 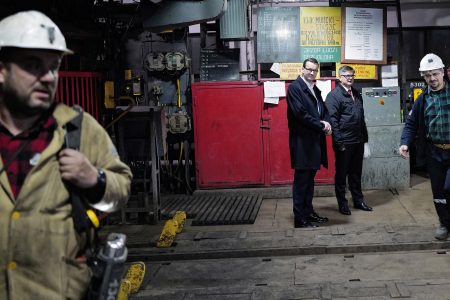 Eastern EU countries, backed by trade unions, are putting pressure on EU leaders to come up with “fresh money” to support the energy transition in coal-dependent regions as part of a Green Deal due to be unveiled this week.