Renewable gases: Where do they stand in the EU's 2050 energy roadmap? Widely accepted as a “transition fuel” until 2030 to help wean Europe from coal, gas is also positioning itself as a clean fuel beyond that date. But meeting the EU’s 2050 climate goals will require a deep transformation of the sector, amid growing competition from solar and wind power.

In Europe, gas-powered electricity has emerged as one credible alternative of the decarbonisation agenda imposed by climate change policies. Gas advocates argue that biomethane, green hydrogen and synthetic gases should be seen as a crucial part of the EU’s long-term energy security as they are renewable and easily transported and stored.

It is said that green gases will be essential for the transformation of energy systems not only because of their suitability for supplementing other renewable energy sources, but also because they will facilitate the energy transition at regional level by developing local resources. Taking into consideration the different needs of different countries, renewable gas can be used to power vehicles, it can be injected in gas networks or it can serve for producing electricity. Additionally, biogas can have a positive impact in the agricultural sector, as they contribute to the diversification of revenues.

EURACTIV invites you to this high-level Forum to discuss the role of renewable gas in the clean energy transition. Questions to be addressed include:

- How can renewable gas ensure that the EU meets its climate goals and keeps energy costs low for citizens and industry?
- How are biogas and green hydrogen used in different EU regions?
- What are the arguments for biogas being ‘promoted’ through legislation?
- What role for renewable gas in sector coupling and for decarbonising transport? 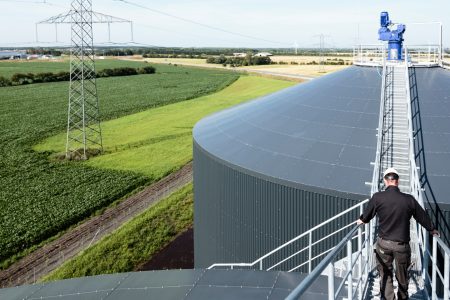 Biomethane in the EU

Biogas production remains tiny at the moment in Europe, but the industry has big plans for the future, provided costs can be lowered and environmental issues addressed. In this special report, EURACTIV looks into the challenges and opportunities facing the sector.