Mercosur Trade Agreement - Will 2023 be the year it is finally ratified? 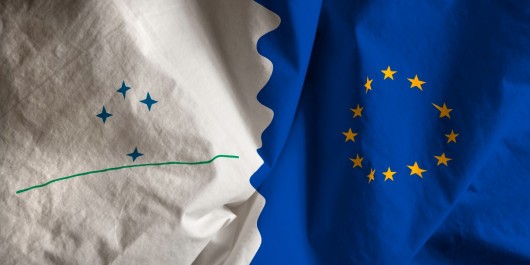 
In June 2019, the EU and Mercosur, comprising Argentina, Brazil, Paraguay and Uruguay, reached a trade agreement after almost 20 years of negotiations. With the EU being Mercosur's number one trade and investment partner, a trade agreement was seen as beneficial for the economy of both regions. Industry argued that tariff liberalisation would result in increased trade relations, and companies would have better opportunities in areas such as public procurement and subsidies, leading to a level playing field.

At the same time, the EU would have a first-mover advantage in an economic bloc that aims to open up and for the first time seeks to become more involved in international value chains. Furthermore, from a geopolitical viewpoint, more intensive cooperation with countries from South America, that share the same values as Europe, was deemed important.

However, several EU Member States and MEPs signalled their opposition to the agreement due to increased deforestation in the Amazonian rainforest and the perceived lack of efforts to tackle climate change by Mercosur countries. With the election of Lula da Silva as President of Brazil, new opportunities are arising for EU-South American cooperation. Following his inauguration in January, all eyes will be on Lula and the possible acceleration of the trade agreement’s ratification process.

Join this EURACTIV Virtual Conference to discuss what opportunities the change in Brazilian leadership can bring to the Mercosur Trade Agreement negotiations. What can be improved to increase its chances of ratification? When will the Commission publish a complementary declaration on sustainability issues? How likely is it that the Council and EU Parliament will ratify it? What role would this trade agreement play in global geopolitics in the context of current challenges? And how could European industry benefit from the agreement?

38 events On the same topic