Non-Discrimination Terminology in the Media 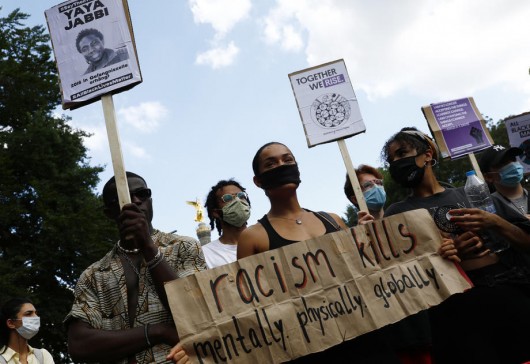 Join EURACTIV and the Migration Policy Group for a free virtual media training workshop to discuss the role of the media in raising awareness of racial or ethnic discrimination.

Over the years, the European Union has put in place legislation to tackle discrimination, such as the Racial Equality Directive. While the Directive was adopted two decades ago, various problems still persist in the national implementation of European non-discrimination law. There is a lack of awareness of victim’s rights, existence and work of specialised bodies and redress mechanisms, and sometimes an unclear understanding of how racism manifests itself.

One important way to promote awareness is to increase and improve the media coverage on discrimination in general and racial or ethnic discrimination in particular. This can be done by enhancing journalists’ capacities regarding the rights of citizens and appropriate terminology for reporting on discrimination issue. This media training addresses these needs by clarifying the relevant legal concepts and discussing the role of the media in tackling racial discrimination.

Over the course of the afternoon, legal experts will provide you with the necessary tools to approach this sensitive topic with confidence in the media. An Independent Report drafted by MPG on the Racial Equality Directive will be used as a foundation for the training.

Topics will include:
- The meaning of racial and ethnic origin
- First glance into the EU legal framework on ethnic/racial discrimination
- Terminology and concepts: reporting on sensitive issues
- Good practices on judicial interpretation
- Redress mechanisms for victims of discrimination
- How can the press deal with the topic?

The training will be held on zoom as an interactive event. If there are any specific issues and/or professional dilemmas that you would like us to address, please kindly share these with us by 26 September 2020 by sending an email to lfarkas@migpolgroup.com. We will do our best to accommodate your needs.

The Program also contains a case study that will be discussed during the training.

20 events On the same topic