Media Partnership - What future for the Arctic? The views of European Arctic youth 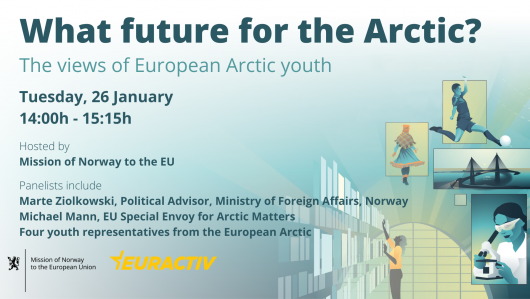 The EU is in the process of updating its Arctic policy. In this interactive seminar, youth representatives from the European Arctic will have the chance to give their input on Arctic policy directly to the EU, while offering the EU an opportunity to engage and respond.

Norway gives high priority to cooperation and dialogue with the EU on Arctic issues. Norway contributed to the EU’s Arctic policy public consultation.

The contribution was based on the work that went into the Norwegian Government’s new white paper on the Arctic, which was presented to the Storting (Norwegian parliament) 27 November 2020. The world has changed considerably since the last Norwegian Arctic white paper in 2011. International interest in the Arctic is growing. The geopolitical situation has become more demanding. The accelerating impact of global climate change is particularly pronounced in the Arctic. Domestic and foreign policy converge in the north, not least because of the people living there.

The Arctic is home to 10% of Norway’s population, and to 700 000 EU citizens. Local, regional and indigenous voices from the Arctic are therefore important in shaping Arctic policies. The Norwegian Government has conducted a comprehensive stakeholder process in order to ensure that its policies would address what is important to the people living in the north. A dedicated youth panel has provided honest, insightful input. This has led to concrete proposals in the white paper, such as more funding to sport activities and a new fund for young entrepreneurs.

Engaging the youth has also led to a lively and enthusiastic debate in connection with the preparation of the white paper. The aim of this seminar is to bring insights and perspectives of young people living in the European Arctic into the process of updating the EU’s Arctic policy. The knowledge and active engagement from people, institutions and business located in the Arctic region are vital to ensuring a relevant and forward-looking Arctic policy. 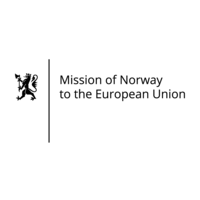 Rolf Einar Fife, Ambassador of Norway to the European Union

Christian Gahre, Mission of Norway to the EU 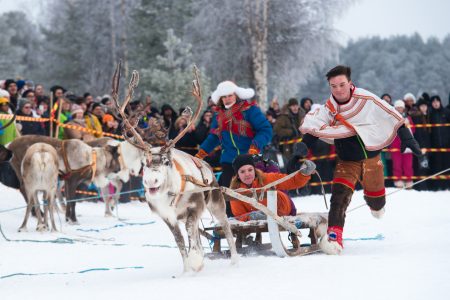 We want to choose our way of life, Arctic youth urge policymakers

As the EU works on its Arctic policy update, to be published by the end of this year, youth representatives from the European Arctic have called on policymakers to ensure that Arctic youth and Indigenous peoples are included in the actions that will directly affect their futures.