Deepening the European Economic and Monetary Union: A debate with Commissioner Moscovici 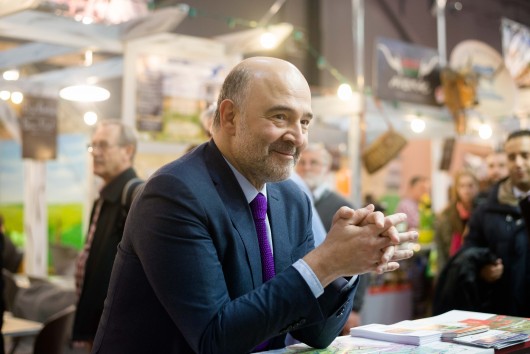 In December 2017, the European Commission presented its package to further integrate the European Economic and Monetary Union (EMU). Its aim is to further increase the unity and efficiency of EMU by 2025 and the effectiveness of the common currency governance.

However, measures to give the bloc a real fiscal capacity were not introduced, watering down the expectations of some Member States, such as France. The Commission will present its proposal for the creation of a “stabilisation function” in May 2018.

EURACTIV invites you to this high-level Forum to discuss with Commissioner Pierre Moscovici the future of EMU. Questions will include:
- What are the main milestones in the roadmap to complete EMU in the next months?
- How realistic is the creation of the EU Minister of Economy and Finance and what will his/her powers be? How can the different Member States’ requests be reconciled?
- Will the fiscal pillar be completed with a eurozone budget before the end of the current Commission mandate?
- Will a real fiscal union be a reality by 2025?
- Is an “ever closer union” still the driving force of the EU project?

13 events On the same topic