Solar trade barriers: Who are they benefiting? 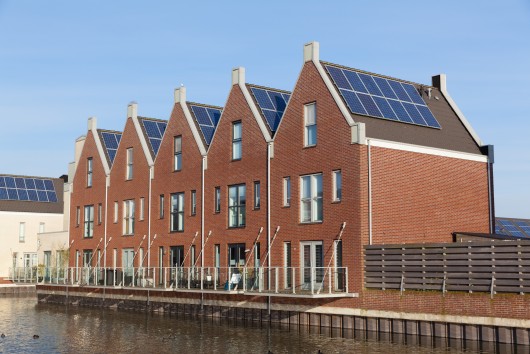 In December 2013, the European Union imposed trade defence measures on solar panels and cells from China, which are set to expire in September 2018. The Commission has until then to decide to remove or prolong the measures.

According to the 2017 Study on “Residential Prosumers in the European Energy Union” from DG Justice and Consumers, loosening trade defence measures on imports of solar products from China would see a greater investment rate, resulting in a 20-30% increase in installed solar PV capacity by 2030.

Similar conclusions can be found in the EY Study “Solar PV: Jobs & Value Added in Europe” published in November 2017, suggesting that removing the current anti-dumping measures would contribute to higher employment in the solar industry, bringing in an additional 45,000 jobs throughout the EU.

EU Institutions recognise the fundamental role consumers play in realising the full potential of the European energy market, as stated in the EC Communication on “Clean Energy for All Europeans” published in November 2016. Moreover, according to the European Consumer Organisation - BEUC, at least 15 million European households are willing to actively support the transition towards renewables. This is in line with DG Justice and Consumers Study’s recommendation to remove the trade measures on solar panels to encourage their uptake by EU consumers.

EURACTIV invites you to this workshop to discuss the future of the solar industry in Europe and its contribution to EU employment and growth. Questions will include:
- How can removing the anti-dumping measures on solar panels incentivise the uptake of solar PV in Europe?
- What role do consumers play in the European energy market? How do trade barriers impact European consumers?
- How do the trade measures impact Member States ability to reach EU climate goals?